An abbreviated version, in which I review another stroke of genius from R.R. Virdi and a solid debut effort from Sabaa Tahir.

One of the reasons I loved Buffy the Vampire Slayer (the TV show, not the movie) so much was the seamless way in which the tone constantly shifted. From tense to humorous to heartbreaking and back again, Buffy managed to weave all of life’s great and terrible emotions into a fantastic tale that still felt personal.

R.R. Virdi clearly has that same ability. Grave Measures, the follow-up to the fantastic Grave Beginnings, does the same thing. The stakes feel higher this time, even if Vincent Graves finds himself confined to an insane asylum, tracking down something that’s killing patients. Much like the first book, Grave Measures is whimsical, hard-hitting, intense, and emotional… and every bit the page-turning romp Beginnings was.

One need not to have read the first book to follow along with Measures, but those who have will be rewarded. The return of Camilla Ortiz was a pleasant surprise, and she has quickly made herself a personal favorite — even as great as Vincent Graves himself is.

There are no overly shocking revelations in this book, but a novel doesn’t need to be shocking to be a quality read. There are plenty of breadcrumbs sprinkled along the way, fodder for future novels in the series, and I’m looking forward to seeing how everything unravels going forward.

Virdi is a master at ensuring Graves has a voice all his own — easy enough to do in the first-person narrative with a protagonist with no true identity. Still, Graves has a depth all his own, even with the snark and the one-liners, and his personal code — which has evolved over the course of the first two books — makes him more of a hero than I think he’d admit to.

If you loved Grave Beginnings, you’ll love Grave Measures just as much. Even if you didn’t, Virdi has created a fantastic universe full of rich, interesting characters who are easy to root for. This is sort of Columbo meets Constantine, with a little bit of Buffy sprinkled in for effect… and the result is one of the best books I’ve read this year.

Elias and Laia are both protagonists of this tale, and they take turns sharing their story. This shared first-person narrative works out better than I expected — particularly in later chapters when their paths begin to occasionally cross. Tahir pulls off this balancing act with a grace many authors lack after multiple novels, made all the more impressive with this being her first outing.

Tahir also does a good job ensuring the quiet moments never drag on too long. All of the dramatic beats — the violent moments, the battles, the twists — keep the pages moving.Ember never drags on for too long, and when business picks up, the pages fly by.

Because of the violent nature of this tale — and sometimes, that violence is sexual — there are passages that are uncomfortable to read. Also, there are times where Laia’s personal desires are a bit hard to follow, and it was a subplot that left me scratching my head more than anything. Maybe it’s odd to me because I’ve never been a 17-year-old girl, but it was vexing.

Still, An Ember in the Ashes is a fantastic fantasy novel, and I’m impressed with Tahir’s adept storytelling ability; this was her first novel, but it read as if she had been writing books for decades. I enjoyed this book, and eagerly await the follow-up, A Torch Against the Night.

Rating: ****
Buy An Ember in the Ashes on Amazon

In which I review a fun thriller from NCIS‘ Ducky and two forgettable entries from Sir Ian Fleming and Sasha Grey. 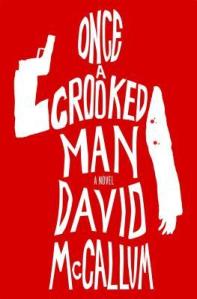 a Crooked Man by David McCallum

As Dr. Donald “Ducky” Mallard on the long-running CBS procedural NCIS, David McCallum is no stranger to spinning a yarn. It shows in his debut novel Once a Crooked Man, which for all its faults is an entertaining read.

Above all else, it’s clear McCallum had fun writing this book. Because of that, one can’t help but have fun reading it — even on the occasion where characters act strangely or it dawns on the reader that this book isn’t quite what was expected going in.

The prose is occasionally dry and awkward, but the story never lulls. This is a fast read, with short chapters that ensure you’re never stuck in one place for too long. Once a Crooked Man does stub its toe on occasion, but the flubs are few and — a moment of dubious sexual consent late in the narrative aside — there’s nothing too terribly glaring.

The premise is far-fetched — a struggling actor overhearing a mafia plot and taking it upon himself to alert one of the targets — but let’s face it: sometimes, the flimsy, yeah-right premises make for the most fun reads.

Once a Crooked Man isn’t a book with a ton of substance; there isn’t a whole lot of meat on the proverbial bone. But it is a fast-paced, entertaining read — and there are certainly worse ways to spend almost 350 pages.

Buy Once a Crooked Man on Amazon

I confess: before discovering the TV show Castle, I never knew James Bond originated as a book character. All I knew of him was the never-ending series of movies with an equally endless series of actors playing the world-famous secret agent.

So I pick up Casino Royale and instantly find that Book!Bond is not much like Movie!Bond. Naturally, there are differences between printed page and moving screen, but the difference in character here is so stark that I spent the opening chapters of the novel trying to get my bearings.

Also, it’s important to bear in mind when this book was written — both because of prose and dialogue that is, at times, stilted and needlessly wordy and because of attitudes toward women that are grossly sexist that even the various Movie!Bonds would duck their heads in shame.

There are a share of solid passages in this novel, but Ian Fleming’s maiden voyage for 007 is too inconsistent to truly be a fantastic read, or anything resembling the character I’ve seen on the silver screen for practically my entire life. This was a good book, but not a great one — and I can’t help but wonder if my opinion in that regard is colored by the fact that, to me, Bond has always been a movie character.

Fictional novelist Richard Castle said Casino Royale was the book that made him want to become a writer. I can’t help but wonder… was it because the book inspired his budding creative nature, or because he knew he could do better? 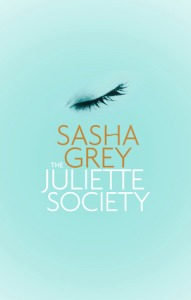 I’m still trying to make heads or tails out of what I read here.

And there is plenty of sex in this book, perhaps more than you might expect. It’s written well enough, but it feels a bit paint-by-numbers and if erotica is your thing, there are far better, far spicier options out there.

The most frustrating thing is, there’s potential here. There are ways in which The Juliette Society could’ve been a fantastic, engrossing read. The blurb hints at just that, but the book itself never quite delivers.

Buy The Juliette Society on Amazon