-I’m in the final stages of Betrayed‘s first draft. At this rate, it should be finished in two weeks. As of now, the fifth book in the Jill Andersen series should be out by the end of the calendar year.

-The script for Bounty: Origins, my debut graphic novel, is coming along slowly. But progress is there. 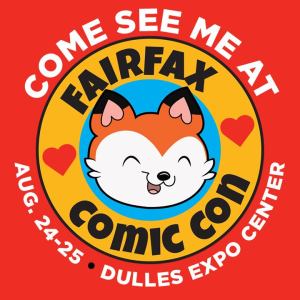 books, and you’ll likely get an autograph or two.

-If you can’t make the con, but you’re still interested in signed copies, I got you.

-Once Betrayed is released, I’ll be officially announcing a new series that I’ve been toying with. I’d announce it now, but it would sort of spoil stuff that happens in Betrayed.

-Remember, Notna is now just $2.99. No better time to pick up the books readers are saying is a cross between Indiana Jones, Buffy the Vampire Slayer, and Supernatural.

About J.D. Cunegan
J.D. Cunegan is known for his unique writing style, a mixture of murder mystery and superhero epic that introduces the reader to his comic book-inspired storytelling and fast-paced prose. A 2006 graduate of Old Dominion University, Cunegan has an extensive background in journalism, a lengthy career in media relations, and a lifelong love for writing. Cunegan lives in Hampton, Virginia, and next to books, his big passion in life in auto racing. When not hunched in front of a keyboard or with his nose stuck in a book, Cunegan can probably be found at a race track or watching a race on TV.